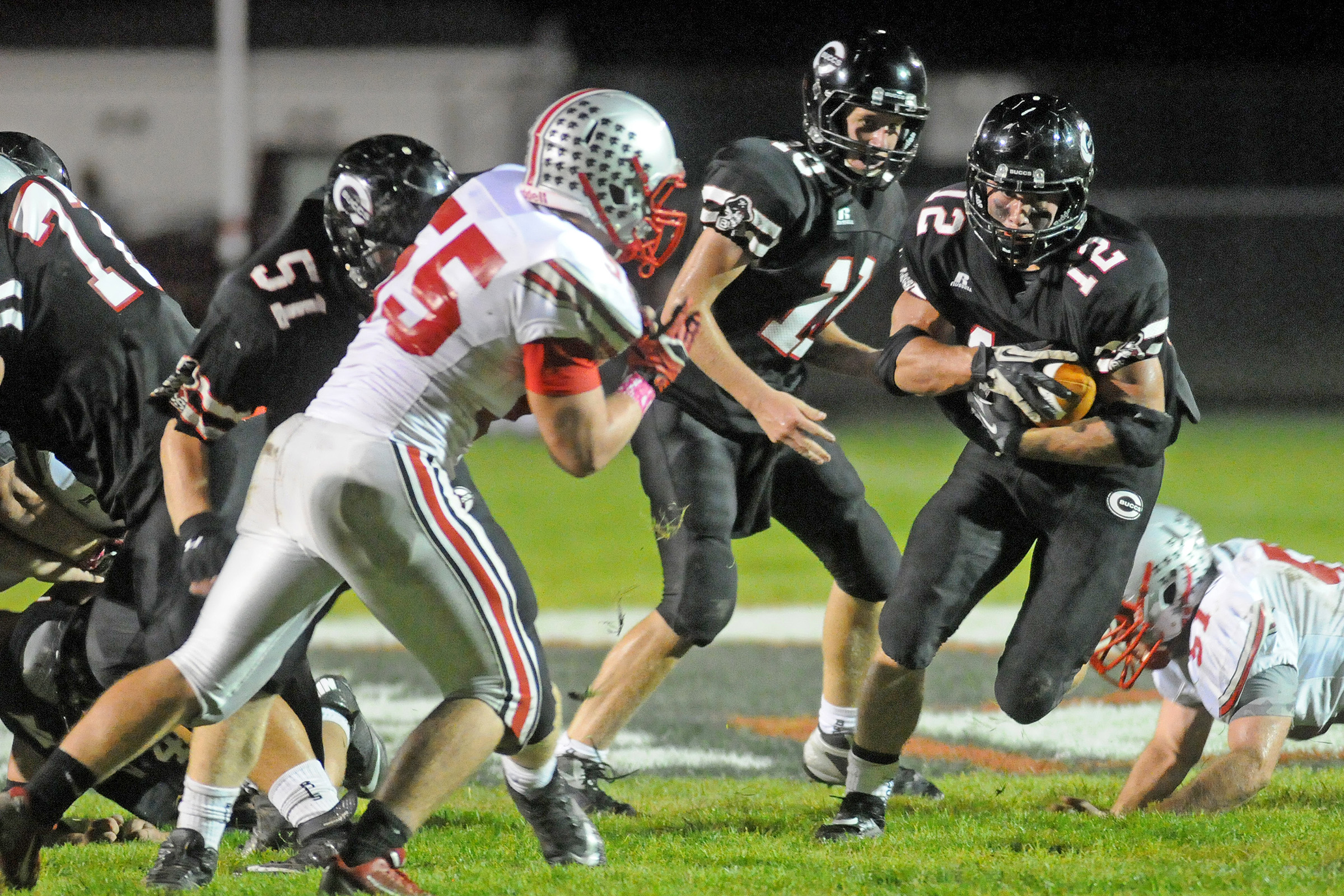 He shattered nearly every rushing record in Covington football history with 7498 career all-purpose yards, 5475 career rushing yards, 99 career touchdowns and 672 career points scored. In his junior season he rushed for 2434 yards and followed that up his senior season with 2533 rushing yards in the 30 quarters (7.5 games) in which he actually carried the football due to lopsided scores.

Coaches have raved about him, even risking their own reputations by communicating to colleges as to just how good this kid is. Supporters from his own community have personally placed phone calls and sent letters to big-time colleges with links to highlight videos and an online recruiting profile just to try to get his foot in the door.

He’s a workout freak, training with former NFL player Tramain Hall – a man who has even informed college connections of the young man’s talent, putting his own reputation on the line in the process.

He participated in high school showcases and camps, even dominating blue chip recruits in seven-on-seven drills, always being singled out as one of the top performers in the camps he attended – one at North Carolina State University.

Stories have been published about him in print and on the web, and he has been showcased on local television for his play-making ability.

Yet, through it all, Covington High School’s A.J. Ouellette never received a single scholarship offer from any Division I college football programs.

“It has been frustrating,” said Ouellette, who was named Division VII Offensive Player of the Year as a senior. “I’d get letters in the mail, I’d respond by sending them highlight videos with my stats and then I’d never hear back from them.”

Something that frustrated Covington coach Dave Miller as well.

“I don’t get it,” Miller said. “He’s a coaches dream and I communicated that to every college coach I talked too. I’ve been around kids who played Division I college football, some who are now in the NFL, and A.J. is the best football player I’ve ever coached, bar none.”

Throughout it all, Ouellette has heard every excuse in the book as to why no offers have been presented.

“I’ve heard everything from I’m too small or I’m too slow, yet I see online where smaller and slower kids than me get offers,” said Ouellette. “Some (college coaches) have told me they’ve never heard about me even though they sent me letters and I’ve sent them back game film. Some don’t give me a reason and I’ve heard from some who say they don’t offer small school kids, but they do accept walk-ons.”

Dave Miller has received the same feedback too.

“I’ve heard it all and it amazes me,” Miller said. “For whatever reason there is a stigma attached to small school football and it’s unfortunate because there are kids who can play.”

The frustration and rejection Ouellette experienced through the recruiting process would have dashed the dreams of most athletes in his situation. But Ouellette turned his experience into a positive as he used it as an opportunity to choose a school rather than let a school choose him.

“I had the pick of any school I wanted, really,” Ouellette said. “Once I knew I would have to walk on to prove myself, I decided I’d pick the school that best fit me.”

“I liked both schools, but I felt OU was the best fit for me,” explained Ouellette. “I liked the campus, the coaches and what they stood for and the facilities. I also talked to Matt Weikert (a former Covington and Ohio University player) and he enjoyed his experience there.”

Another primary reason in Ouellette’s decision was the academic opportunities at Ohio University.

“I want to be a physical therapist and athletic trainer,” he said. “OU offers a great Exercise Science Program.”

Ouellette made his decision with Dave Miller and his parents, Phil and Jody Ouellette, by his side. With that, Miller feels Ohio University hit the lottery.

“They hit the jackpot with this kid,” said Miller. “I truly believe that. They are getting a great player and an even greater kid. They are going to find out very quickly that he is special, the total package.”

Ohio University is also getting a kid with a chip on his shoulder.

“I see all the kids who got scholarships and I’m fueled by that,” Ouellette said. “I’m going to go down there with every intention to be the best one there and earn my own scholarship. Before I’m done, I want to help the team be the best ever and break every record they have.”

When Ouellette arrives on campus later this summer he will begin as an unproven prospect, similar to where he started when he walked in the door as a freshman in high school. But Miller feels A.J. is a prospect who is ready to go right away.

“From the time he walked in here (at Covington) as a freshman, he was ready to go,” said Miller. “I’m confident he’ll do the same thing in college. He’ll walk in there and earn himself a spot. I look for him to surface very quickly and make a lot of people regret the decision of looking past him.”

For Miller, it’s bitter sweet as he’ll be watching Ouellette as a spectator rather than coaching him from the sideline.

“It’s tough,” Miller said of seeing Ouellette move on. “He’s so much fun to coach because of his personality, his attitude. If there’s a kid who had a reason to have a big head, it would be him. Yet, he’s so humble – a team-first guy. He cares so much for his teammates, his buddies, his community. Here’s a kid who offers rides to freshman, eighth graders, seventh graders – goes down and works with the little kids. He’s too good to be true.”

And Ohio University hit the jackpot.

“Number Forty-Five Is A Beast”…