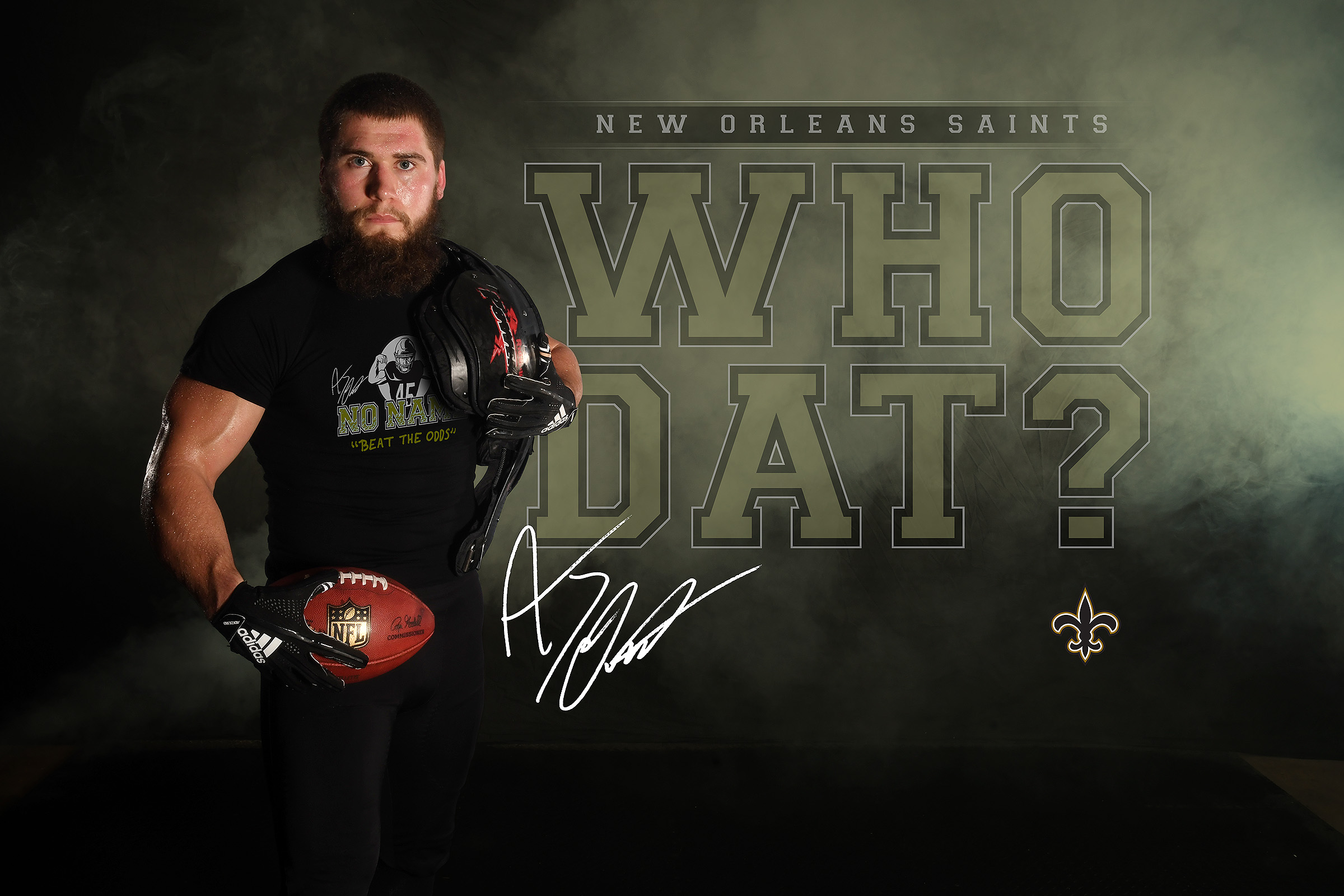 NEW ORLEANS, LOUISIANA – Nothing has ever been handed to A.J. Ouellette in his football career. He has always had the take the hard road in accomplishing his goals after being passed over and overlooked time and time again.

But, through extremely hard work, perseverance and a strong belief in himself, Ouellette overcame the odds once again during the New Orleans Saints Rookie Mini-Camp this past weekend as he was rewarded with a contract and an opportunity to earn a spot on the 2019 roster.

“It’s sweet,” said Shane Uderman, who is A.J.’s brother-in-law and Marketing Agent. “That’s all A.J. wanted was a chance to prove himself because he knows he can do it.”

Word of Ouellette’s signing spread quickly and Ouellette’s former high school, coach wasn’t surprised when he learned of the news.

“Awesome,” said Dave Miller, Ouellette’s former high school coach who has stated over and over about how special A.J. is as a player and a person. “I’m not at all surprised, as usual. We will see him playing on Sundays.”

Ouellette, who was not available for comment due to an extremely busy schedule, was one of 48 players invited to try out during the Saints Rookie Mini Camp after being overlooked in the recent draft and the immediate contract signings of undrafted rookies shortly thereafter.

New Orleans was the only NFL team to offer the former Bobcat standout an invitation as a tryout player, which made it all deja vu for Ouellette. After all, he drew very little interest coming out of tiny Covington High School and was forced to walk on at Ohio University.

But like he had done each and every time before, Ouellette raised eyebrows with his relentless effort, play-making capabilities and his ability to handle the mental part of the game. This is obvious due to the fact that the Saints extended Ouellette’s stay in New Orleans with a contract.

“He’s staying in New Orleans and has a lot of things to get taken care of off the field now with lining up a place to stay and getting transportation,” said Uderman. “He’s busy and he wouldn’t have it any other way.”

Much like when he first arrived at Ohio University, Ouellette has an uphill climb to earn a roster spot later this summer. He is one of 90 members of the Saints and must show enough to survive the dog days of summer where cuts are made.

But if Ouellette’s track record is any indication, he will show New Orleans what everyone in Covington, Ohio and Athens, Ohio already know – He’s Special!