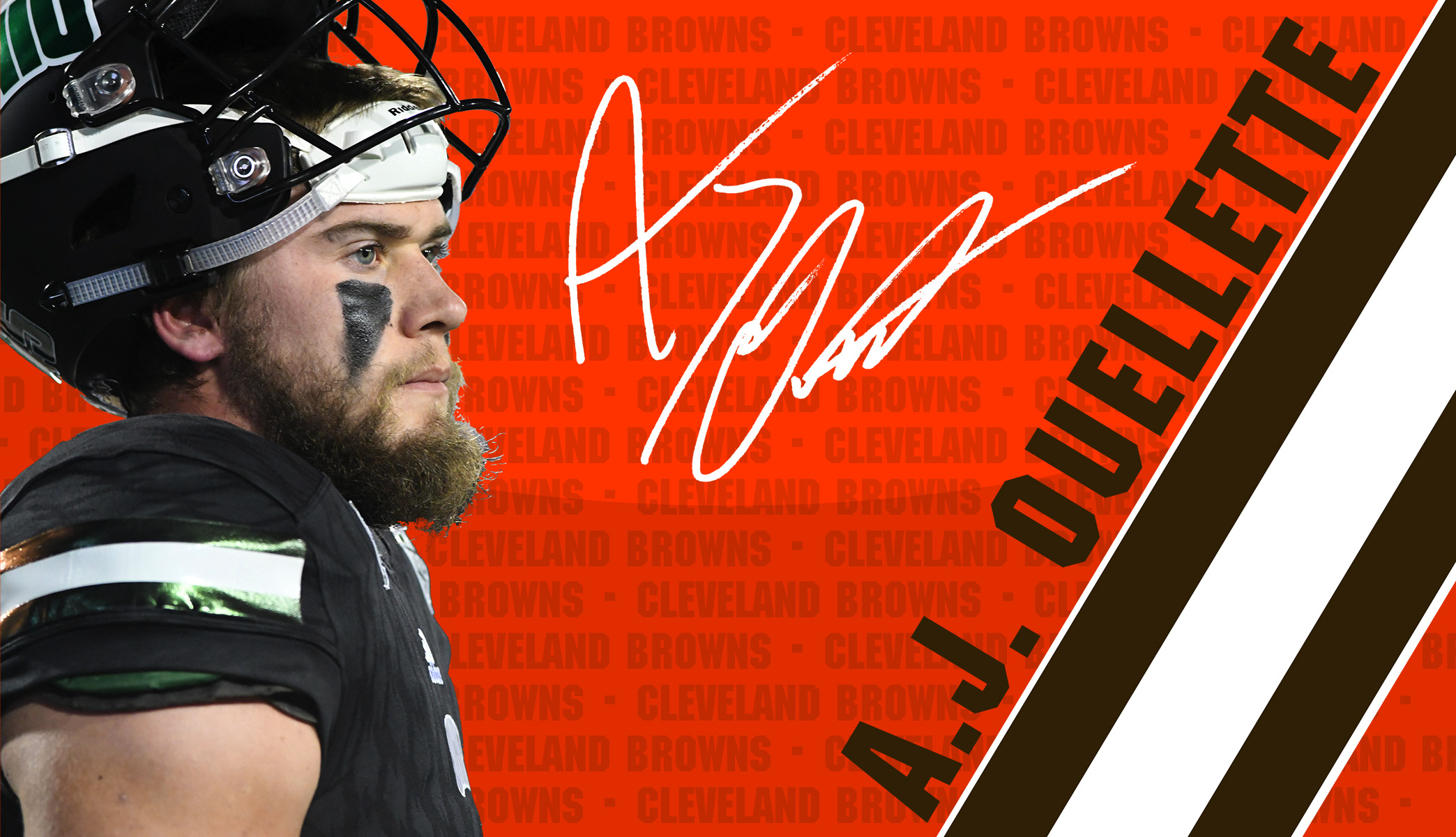 CLEVELAND, OHIO – A.J. Ouellette, the former standout running back at Ohio University and 2014 graduate of Covington High School, signed with the Cleveland Browns on Saturday.

The 5-9, 208-pound running back was previously with the New Orleans Saints and had tryouts with the Kansas City Chiefs and the Green Bay Packers before landing with the Browns.

Ouellette was a four-year starter at Ohio University after entering the program as an unknown walk-on out of Covington High School. He recorded back-to-back 1000-yard seasons for the Bobcats in 2017 and 2018 and concluded his career with 3,829 rushing yards – good for third in the history of the program.

He was also a first-team All-MAC selection as a senior and was named the Offensive MVP in the Frisco Bowl after leading the Bobcats to a 27-0 win with 164 rushing yards own 29 carries and 197 all-purpose yards.

Unfortunately Ouellette was passed over in the 2019 NFL Draft, but landed with the New Orleans Saints in May as an undrafted free agent. His stint with the Saints ended when New Orleans signed Javorius Allen – a five-year pro who was released by the Baltimore Ravens.

This left the opportunity for the Browns to snag the home-state product on Saturday after an impressive tryout.