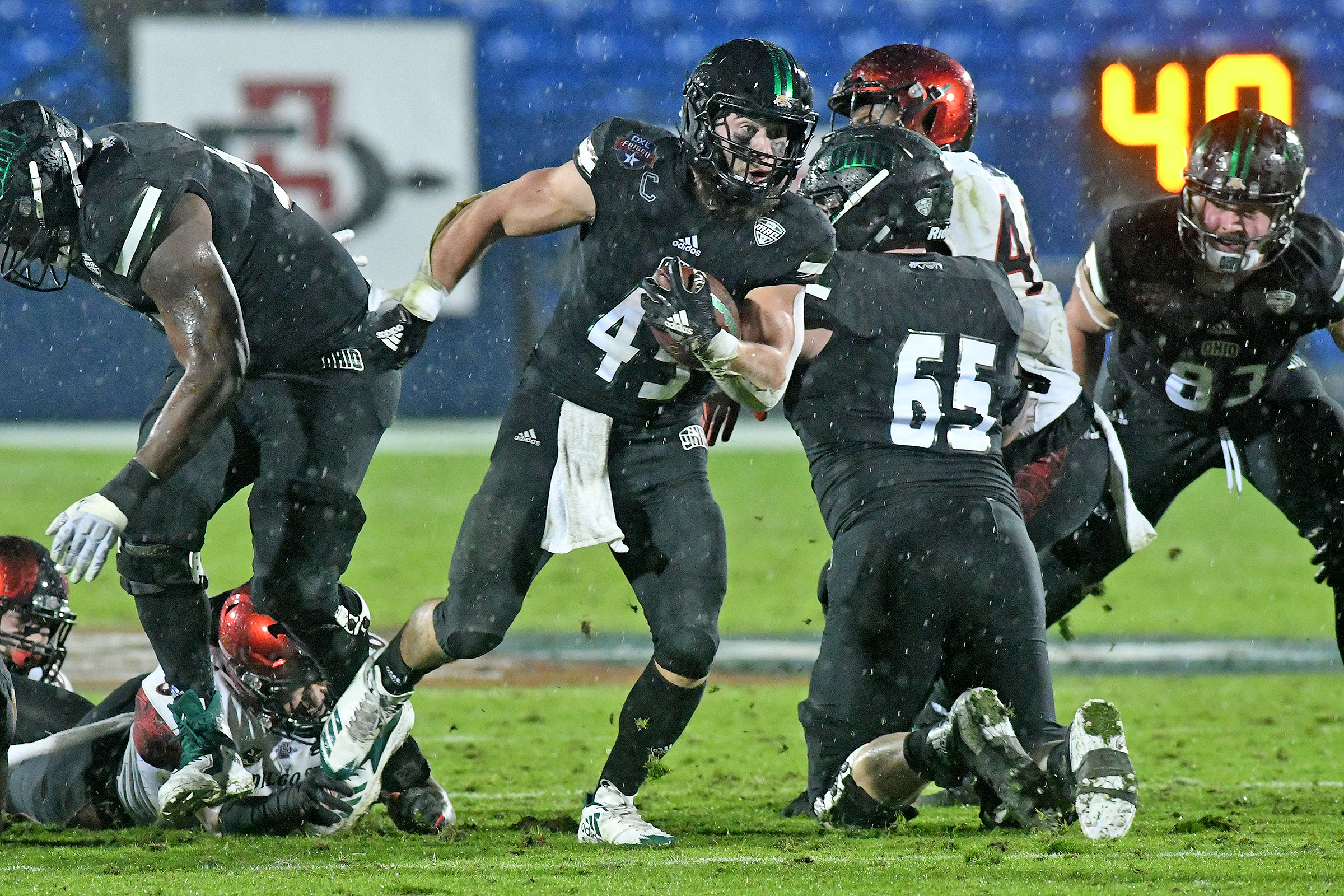 Ouellette’s story has been well chronicled – having entered the Ohio football program in 2014 as a walk-on from tiny Covington, Ohio to becoming a Bobcat star until his graduation this passed December.

His story of beating the odds has become a personal favorite of President and Co-Chairman of the Touchdown Club, Curtis Boster, who personally presented Ouellette with his prestigious award on Saturday.

Ouellette capped his amazing career by earning MVP honors in the Frisco Bowl in Frisco, Texas by leading the Bobcats to a 27-0 win over San Diego State University. In the game, A.J. rushed for 164 yards on 29 carries and caught two passes for an additional 33 yards.

His statistical totals for his senior season were impressive as he recorded 213 rushes for 1,306 yards and a 6.1 yards-per-carry with 12 rushing touchdowns. He also caught 21 passes for 212 yards for a 10.1 average and scored two receiving touchdowns in helping lead the Bobcats to a 9-4 overall record.