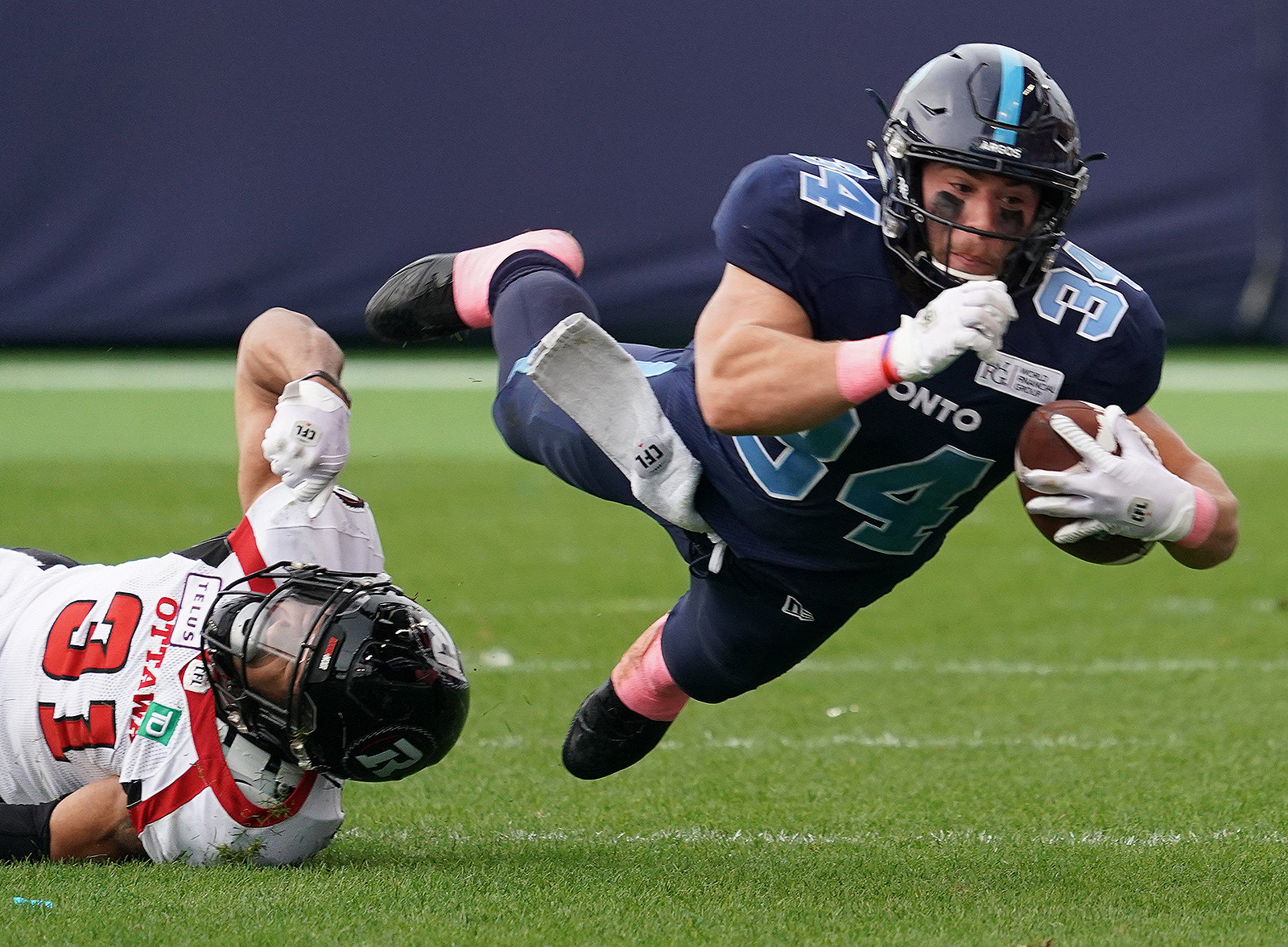 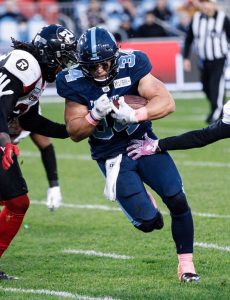 A.J. Ouellette, a 2014 graduate of Covington High School and a 2019 graduate of Ohio University, landed with the Toronto Argonauts of the Canadian Football League after stints with the NFL’s New Orleans Saints and Cleveland Browns.

Signed on September 16, 2019 by the Argonauts, A.J. was forced to wait until the final two games of the season to have an impact.

And when he saw the field, that impact was significant as the 5’10”, 210 back tallied 114 yards on 23 carries for nearly five yards per-carry (4.96). He also recorded the longest run of the season for the Argonauts on a 36-yard burst against Ottawa.

In his Argonauts debut against Ottawa on October 26, 2019, Ouellette recorded 108 yards of total offense on 16 touches and scored on a 39-yard touchdown pass.

Ouellette’s late-season performance for Toronto solidified his standing as a talented, all-around running back coming out of Ohio University – where he accumulated 4,345 all-purpose yards and rushed for 3,829 yards in just 50 career games. 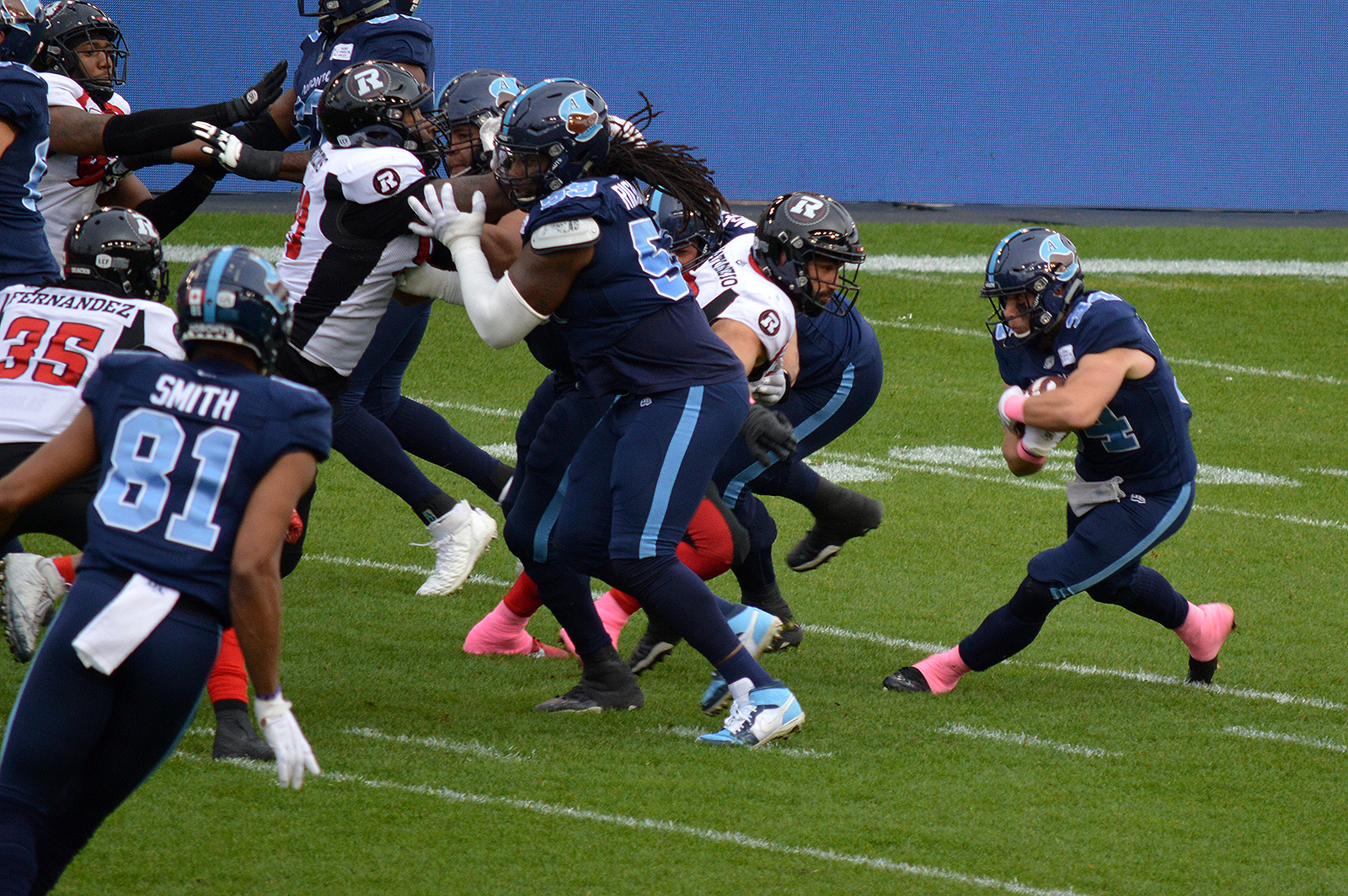