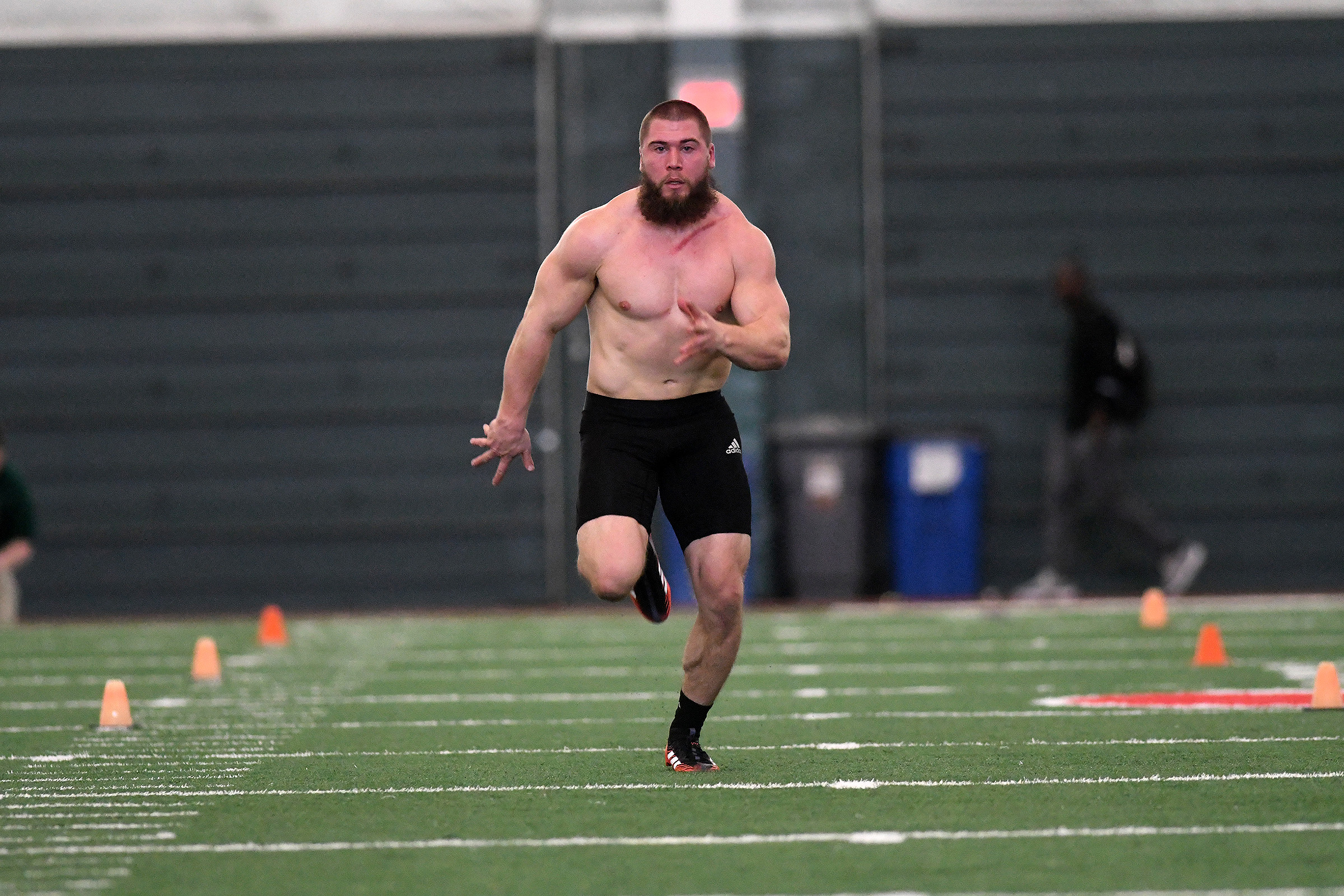 ATHENS, OHIO – A.J. Ouellette showed up at his Pro Day at Ohio University wearing new apparel from a brand he established called NO NAME with the tagline “Beat The Odds”. It’s a source of motivation to not only Ouellette himself, but those kids who come out of high school as under-the-radar players – kids who can play at an elite level, but are overlooked by the big-time programs.

Ouellette, for those who may not know his story, came to Ohio University as an unknown walk-on in 2014 out of tiny Covington, Ohio. Quickly he made believers out of coach Frank Solich and his staff as they provided Ouellette a full-ride scholarship before the season opener of his freshman year. Ouellette then repaid the Ohio football program in full by becoming one of the most decorated players in the history of the program.

But, despite accumulating 3,829 career rushing yards and totaling 1,306 yards in his senior season, Ouellette wasn’t invited to the NFL Combine – which, only added fuel to the fire as he prepared for his opportunity to showcase his talents to NFL scouts at Ohio University’s Pro Day.

“Three months of just waking up and grinding,” said Ouellette in an interview with Russ Eisenstein of Ohio University. “I have to thank my training staff out of Vandalia (Ohio) with Enhance U, JL Sports out of Connecticut and then my family and friends. They’ve supported me all the way through this entire process.”

And with scouts from all 32 teams on hand Thursday at Ohio University, Ouellette proved he is a player to watch in the upcoming NFL draft by posting numbers that are on par with any of the top prospects.

Ouellette followed that up with a time of 4.0 in the shuttle and a 6.8 time in the L-Cone, which impressed the scouts who were on hand.

“In my last interview they said there were a lot of ooze and aahs, which makes you feel pretty good after you do your jump or after you run,” Ouellette said. “So, I’m feeling pretty good.”

Ouellette wasn’t the only one feeling good about his performance.

“Overall, everyone seemed happy with my numbers,” he said.

At the end of the day Ouellette checked all of the boxes for NFL scouts.

Now it’s time to wait and see which NFL team will call his name in the 2019 NFL Draft.

Below is a gallery of images from A.J. Ouellette’s Pro Day. Click on the thumbnails to view larger images.

Ouellette Signs With The Saints…