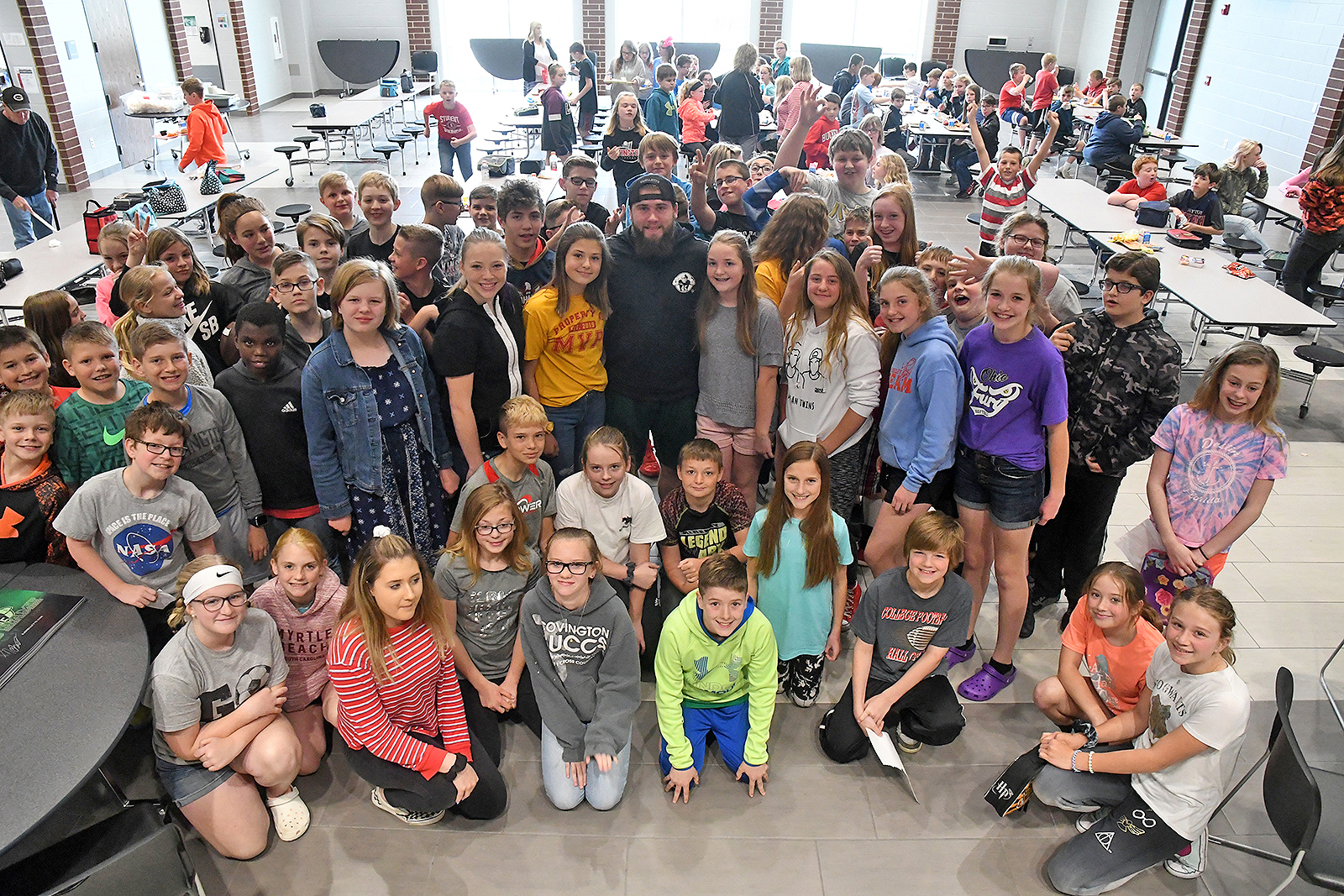 COVINGTON, OHIO – Over the next three or four days A.J. Ouellette’s life will change in a drastic way as the NFL Draft begins on Thursday and runs through Saturday. Ouellette hopes to hear his name called in one of the seven rounds of the draft, but if that doesn’t happen he will still likely earn an opportunity somewhere as an undrafted free agent.

“I’ve heard from a lot of teams, some more than others, so hopefully I get drafted,” said Ouellette. “If not, we’ll go the free agency route. I’m pretty sure I’ll land somewhere.”

You’d think a young man who has prepared his entire life for a dream of playing in the NFL would be nervous as all get out and busting at the seams with anticipation about which team will give him a chance.

Instead of dwelling on it and letting the unknown eat him up inside, Ouellette is handling this situation the same way he has handled every situation in the past – with a quiet confidence knowing it will all work out.

“Every once in a while I get a little tingle in my gut wondering where I’ll end up, but I don’t think about it too much because I know it’s out of my control,” Ouellette said. “I’ve done everything I can do, so it’s a matter of just letting things happen.”

With the draft set to begin, Ouellette is going about his business and controlling what he can control. That means continuing to train on a daily basis, spending as much time as he can with his family and friends, and also giving back to the community that remains dear to his heart – Covington.

And on Wednesday, the day before the draft is set to begin, he did just that (give back) as he spent a few hours eating lunch, signing autographs and playing at recess with Covington elementary students.

“I like being around kids and this is a good way to thank the kids for supporting me,” he said. “It was nice the school is letting me do that.”

Thanks to generous donations from some of Ouellette’s long-time supporters, 500 posters were printed and A.J. signed each one to make sure every youngster had something they could take home with them to hopefully inspire them to chase their own dreams.

And throughout the few hours he was able to spend with the kids, Ouellette did his best to make each youngster feel special – even agreeing to compete in a race, play a game of knock-out and let some of the kids spin him on some playground equipment until he was dizzy.

“I think they spun me too fast,” chuckled Ouellette as the kids giggled from spinning him on the playground equipment. “Look at their expressions. This is what it’s all about.”

It’s typical A.J. – down to earth, genuine and one who wants to have a positive impact on others. In a sense, he’s still a little kid at heart in a grown man’s body.

He’s also a strong family man, which is evident by his plans for the upcoming weekend while the draft is taking place.

“I’m just going to hang out with Haley (his fiancé), my dog and my family,” he said when asked how he will pass the time. “We’ll probably do some cooking out at my sister’s place, take in some of Gunner’s (his nephew) baseball scrimmages and just hang out together. I know once I sign with a team I’ll be very busy, so I want to take advantage of the time I have to be around my family and friends.”

It’s apparent Ouellette is comfortable in his own skin and no situation is too big or too small for him.

Which is why A.J Ouellette will always be a small town kid from Covington, Ohio – regardless of where his NFL career takes him.